“Gull” was originally built in 1958 by R A Hamper in Fareham Hampshire for use as the Hamble – Warsash Ferry. She was licensed to carry twelve passengers and worked through to 1985 when she was retired from service. She then had a succession of owners before falling into disrepair and was laid up in Hamble. She was brought in 2011 by two local brothers as a Saturday morning ‘project’ this turned into two years of Saturdays whilst they painstaking restored her to her former glory with a new transom, keel and stem and several new planks and frame repairs. They had re-engineered her with an old two cylinder Petter diesel and had two eventful years enjoying her. But the engine become unreliable so with after much frustration with it they put her up for sale. We brought her in 2015 as I had spent many passages up and down the Hamble admiring her fine lines as a tidy up and re engine project.

Whilst chatting through the plans with boys at R.K Marine Boatyard, the idea dawned that there was the possibility of transforming the boat to electric power, which would be a fine way to explore the peace and tranquility of the upper reaches of the Hamble. This gem of an idea moved on to could she actually go back to her original task of carrying the public for their enjoyment. Hence the new version of ‘Gull’was born.

She is now available for pleasure trips and private charter, from her base in Hamble River Boat Yard, when the tide is high we can go upstream towards Manor Farm Country Park and the Horse and Jockey pub, when the tide is low she explores downstream to the picturesque village of Hamble and Warsash. Life like in times gone by is organized by the ebb and flow of the tide. 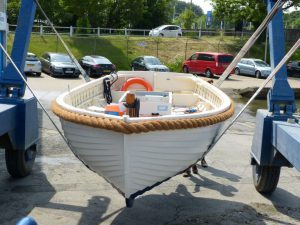 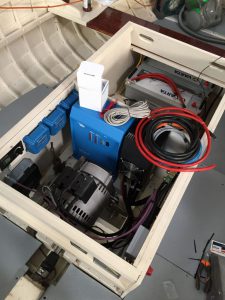 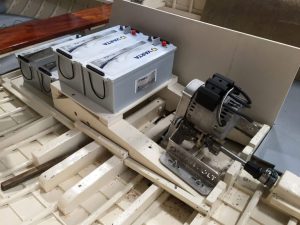 Technology used in the electric "Gull":