For immediate release: Oceanvolt looking for investments to scale up production

For immediate release: Oceanvolt looking for investments to scale up production

Oceanvolt looking for investments to scale up production

Oceanvolt was founded in 2004 by Janne Kjellman, a serial entrepreneur who understood the necessity of motors for sailing boats but wanted a quiet and non-fossil-fuel alternative.

They now have a complete range of electric drives used in sailboats, motorboats, harbour ferries and other commercial vessels as well as an interface that can connect any Oceanvolt system to the internet and be monitored and managed in real-time. Their SD Saildrive won the 2013 Pittman Innovation Award from SAIL magazine and their patented variable pitch Servoprop won the 2017 DAME Award in the Category of Machinery and Propulsion.

Along the way Oceanvolt has built a worldwide network of yacht designers and architects, electric boatbuilders and other partners. One of whom is Voyage with their Voyage 480 “Electrified” an electric charter boat operating in the BVI’s. Oceanvolt supplied the electric propulsion system for Conrad Colman’s IMOCA 60 for his 2016 Vendee Globe challenge and are now working with Alex Thomson Racing to equip his HUGO BOSS race boat for the 2020 Vendee Globe round-the-world race.

Oceanvolt is looking for investments in this funding round to further develop software and to extend the hydrogeneration feature to cover all systems. By scaling up its production it aims at securing its position as a leading company in the industry.

Invesdor is a financial technology company founded in Finland in 2012. Its platform connects ambitious European growth companies with investors worldwide and has helped raise in excess of 67 million euros for more than 140 businesses.
To find out more about the funding campaign and how to participate, go to the Invesdor's site. 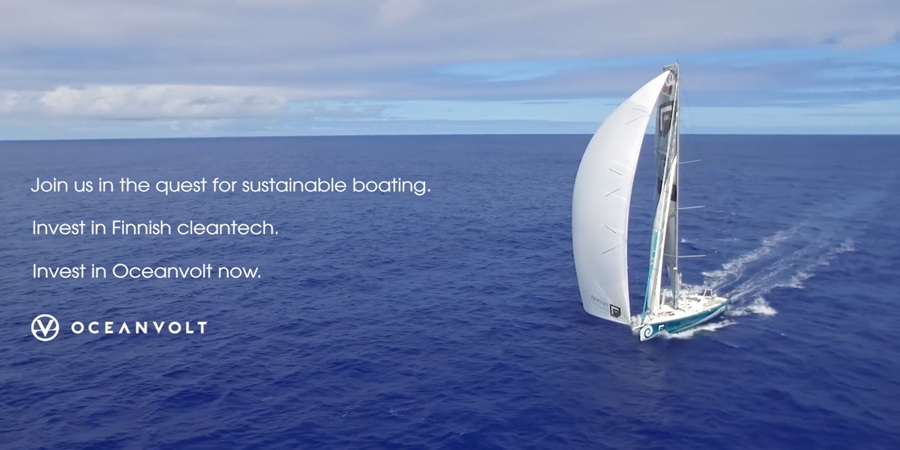 Headquartered in Vantaa, Finland, Oceanvolt has received numerous awards for its innovative systems, including a 2017 DAME Award (Machinery, propulsion, mechanical and electrical systems and fittings), 2016 & 2013 Pittman Innovation Award and a 2012 Clean Design Award.