The introduction of the Loxo 32 electric cruiser is the result of a collaboration between France’s Pogo Structures sailboat producer and Oceanvolt, the Finnish manufacturer of electric drives, two companies known for innovative design and quality construction. Ratio Electric of the Netherlands supplied the charging and connection systems for the new craft.

Pogo Structures is known around the world for fast offshore racing and recreational sailboats with superb handling capabilities. The shipyard was founded in 1987 by Christian Bouroullec, who told Chasse Marée magazine last year how the unusual name came about:

“I wasn’t sure what name to give this first boat, I was thinking of a dance name…Tango, Cha-cha … and then I remembered being out sailing with my friends in a very nasty chop. We were falling over each other trying to maintain balance…we laughed because it looked like the punk rocker dance – the pogo – where they throw themselves against each other. So I thought that would work. Easy to pronounce in all languages…and a bit wild!”

Over the past 33 years the craftsmen at the shipyard have pioneered innovation and advances in fiberglass/foam sandwich construction and vacuum infusion. They also racked up numerous race wins and awards including: the Class40 of the Transat Quebec / Saint-Malo Class, the Route du Rhum, Transquadra, France’s Sailboat of The Year and the European Yacht of The Year at BOOT Dusseldorf.

Fuel efficiency of design ideal for electric cruiser
The Loxo 32 is the first powerboat from the shipyard and was introduced in 2017 with one of the most noticed things about it being its fuel efficiency and ability to plane at relatively low speeds. That made it a perfect candidate to become electric powered, and Oceanvolt was an obvious partner to bring it to realization.

Oceanvolt of pioneered the regenerative saildrive and their patented ServoProp variable pitch drive won the innovation award at the METSTRADE show in 2017. The company completed a very successful crowdfunding campaign last year and is well situated to take advantage of the coming growth in electric boats and boating.

In 2020 they are partnering with Britain’s Alex Thomson Racing team in their attempt to be the first non-French team to win the iconic round-the-world Vendée Globe sailing race which begins in November. The Oceanvolt on the team’s IMOCA 60 yacht will be charged by onboard solar panel technology and hydro-regeneration.

One of the keys to the performance is the light weight – only 1800 kg/ 3975 lbs. The Pogo chantier naval (shipyard) has about 80 employees, many of whom have worked there for decades. While the first hulls built there used wood infused with epoxy, they have made continual improvements in making hulls lighter and stronger.

Each boat is made by one team that works on it from beginning to launch. The hull has at its core three layers of composite fabric that are lain down in a very specific arrangement according to the weight and weave of each. The whole thing is then infused with resin through a vacuum process that results in the brand’s highly sought after strength-to-weight ratio. 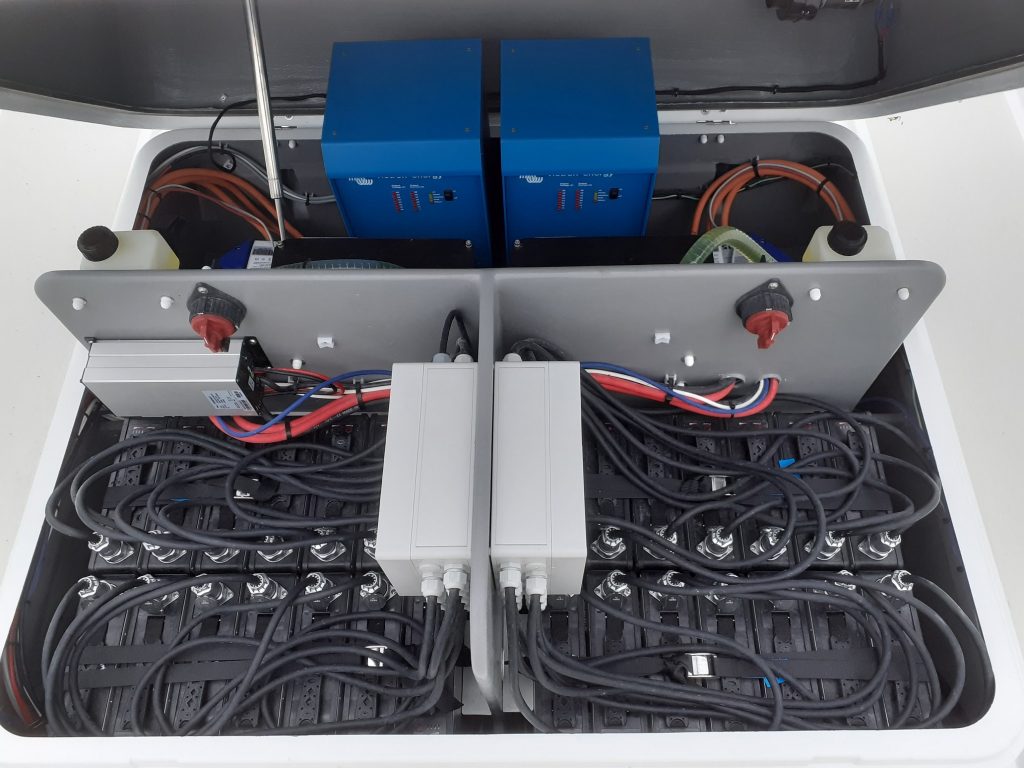 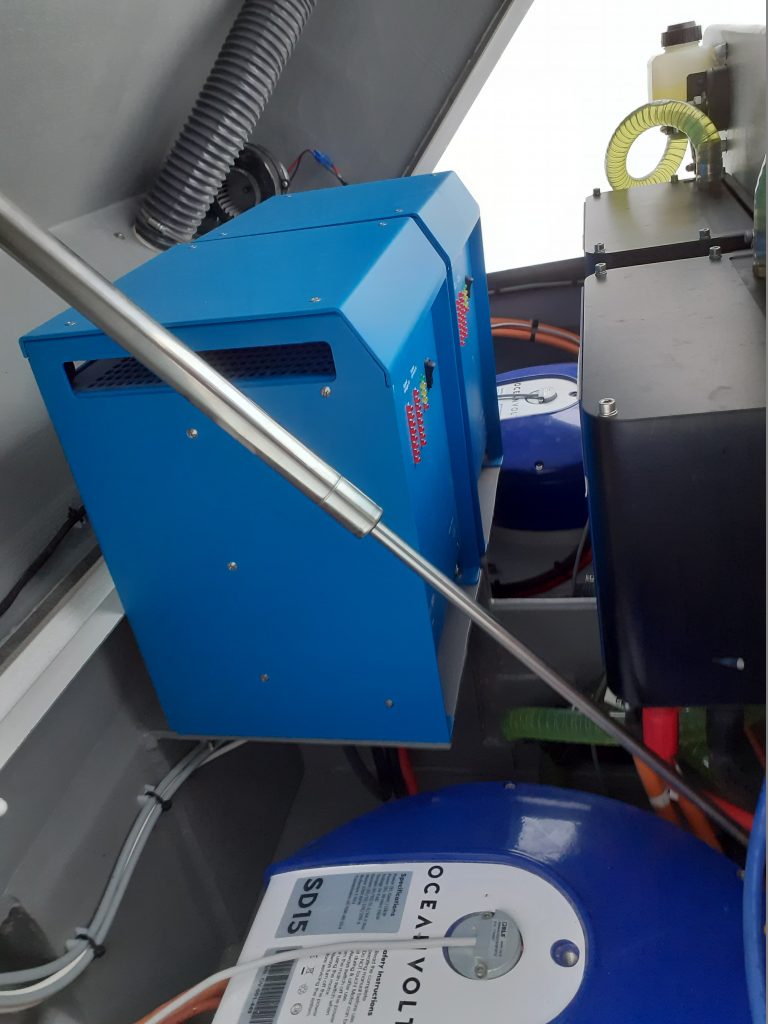 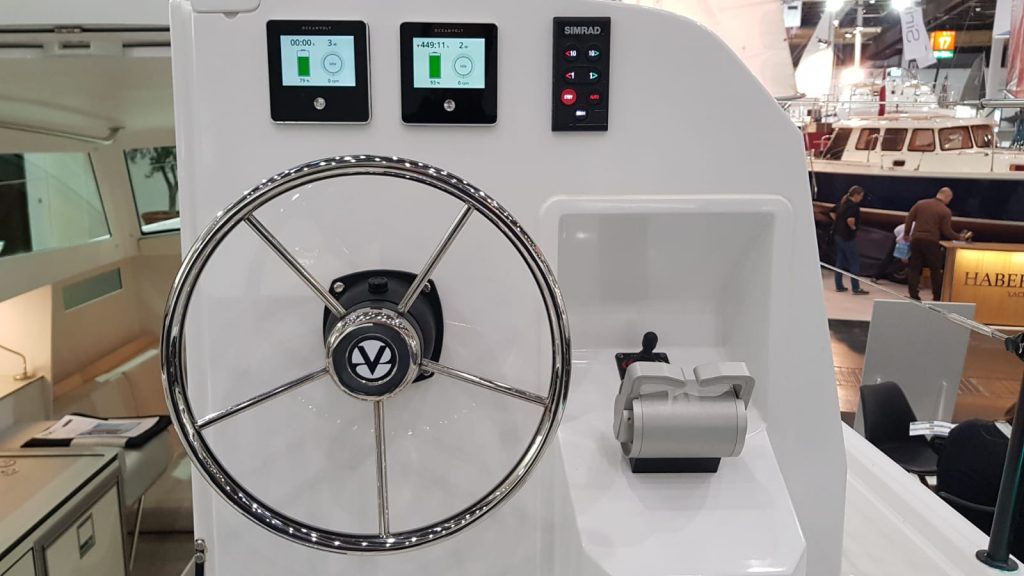